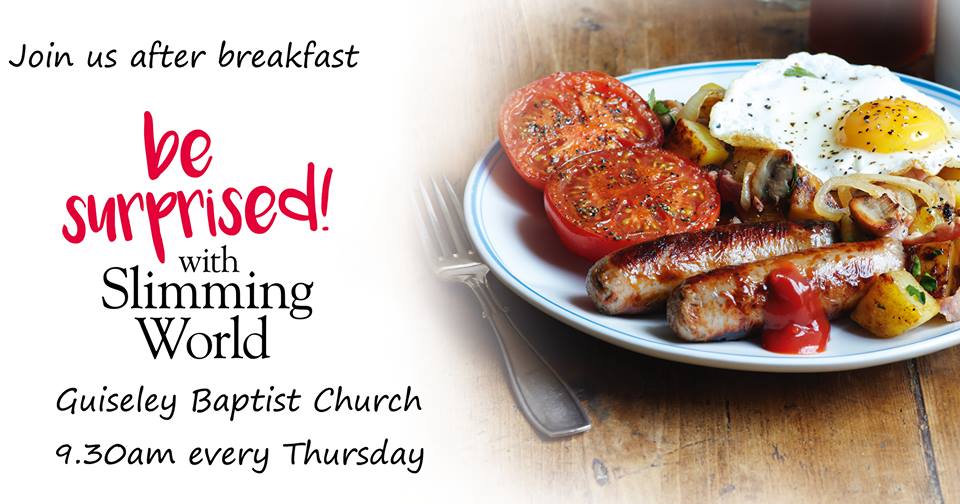 It has been a while since I was asked to write an article on behalf of Guiseley Gazette, and I enjoyed writing this one for a local Slimming World group, who welcomed me with open arms.

A few weeks ago, I was invited by the local host of a Slimming World group to attend their meeting, and provide a little insight to what happens within them. I have been around Slimming World before and know many people who have used it to lose weight but have never attend a session myself so it was nice to be invited along.

I have to admit I was surprised at the number of chairs laid out but very quickly I could see why. The group while new is still quite popular and attended by such a variety of people. Some were mum with kids in tow, others were elderly but spry ladies and others were popping in on the way to work to get weighed before disappearing again. The age range was wide, and although prominently female in this group there was the a male who attended. Each group member was greeted personally, and as if a long time friend, chatting away about this and that while registering in and getting this weeks weigh in done. It is asked that only the person in charge of the scales, and the person getting weighed are near the scales to give individuals privacy as they discovered their achievements that week. While some had not achieved a set goal, or had unfortunately put on they were not spoken down to or even made to feel bad about it, instead they were given friendly advise to not worry about it and cheered on for previous goals reached.

Once everyone was weighed in the group began in earnest, with random individuals selected to celebrate their losses, while asking what they felt contributed to their loss that week so others may learn. There were a few who had not lost that week and instead of dismissing them the group leader made a point of asking them if they knew why, and if there was anything the group could do to help – from suggesting recipes to being an ear to listen if they were having issues at home. Not once was anyone made to feel like they had failed in anyway, with the group offering so many suggestion – one such lady had currently got no kitchen so was suggesting quick and simple meals to make, another lady was struggling to incorporate the meals as she was not 100% keen on particular ingredients.

Those who achieved big losses were placed on a board to celebrate – especially those that had reached their half stone, or full stone awards. Some partake in a fitness side to Slimming World and were awarded depending on the level of exercise they achieved that week. The entire group focused on celebrating achievements, no matter how little.

This particular session was a Free Food February session, so group members brought in some easy to snack on foods that were Free – and delicious! There was a twist on coronation chicken on sliced cucumber, pizzas and sausage rolls that went before I blinked! Someone had brought in a fizzy drink similar to lilt yet allowed on the Slimming World lifestyle. There was a number of books that members could look through for ideas as well.

The group spent so much time chatting about achievements and coming up with ideas to help each other, and to me that shows how relaxed everyone was to be there and how comfortable they felt discussing their weight loss without worry of judgement.

I have heard horror stories about some weight loss groups and I, myself, have always avoided them in fear of being ridiculed if I did not lose weight, but I have to say this group changed my outlook and if you are interested in losing weight it is worth giving them a try!

The group I attended was held at Guiseley Baptist Church 9:30am on Thursdays, there are a number of other groups within the local area as well as nation wide. You can visit their website to find your local group, as well as get a sneak peak at some of the recipes available to try before you join.